Brief: The client had been let down by their initial landscaper and was desperate to get the work done a.s.a.p. Luckily it was November and we had an opening in the diary. The garden required a complete redesign and the space needed to be levelled. We are not keen on artificial products and much prefer working with natural products but the client had bought some grey composite decking at a garden trade show and was adamant that he was going to use it.

The house is a relatively modern building with white washed walls. The clients had recently extended their living area with a contemporary glass pod. From this room the whole garden could be viewed, so this was a very important feature to be taken into consideration during the design process. A side door from the extension led onto a terrace area and we created steps down into the garden. A path then leads you into a modern parterre style garden where new perennial planting takes the place of the more traditional topiary. Areas in this section were divided equally using metal edging.

We suggested a sunken deck area to give the space visual depth and to create a separate space for the adults to retreat into. The sunken area had to be retained. This was achieved during the ground works phase using oak railway sleepers. We also designed and built a pergola structure to give height and the feeling of privacy when sitting in the sunken part of the garden. Metal cables and fixings were attached to the pergola to allow climbers to spread up and across the structure. Eventually, the climbers will camouflage the pergola, giving privacy to those sitting here.

A children’s play area was also very important. During the levelling process, to save costs, it was decided to retain this space and make it a feature. Play equipment was recycled where possible and the existing trampoline was safely re-positioned and assembled. A tree seat was constructed and bamboos were planted to created a more secluded, magical environment. The garden included full lighting design and irrigation. 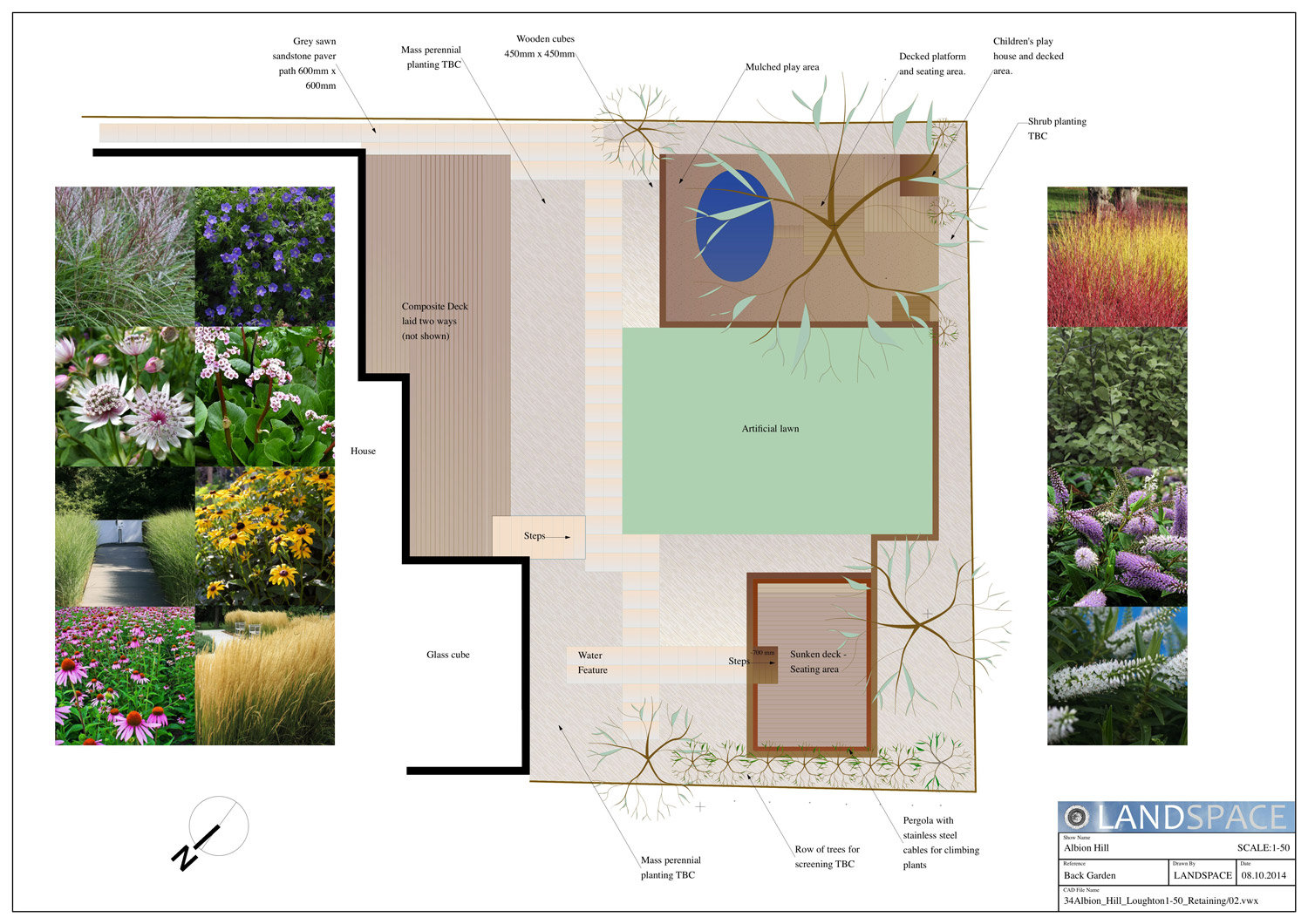