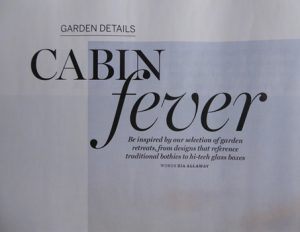 Landspace were thrilled to be included in an article by Zia Allaway entitled ‘Cabin Fever’.
Published in Homes and Garden’s September issue the topic of conversation was garden retreats.
The retreat in question being the bespoke children’s play den which Landspace designed and built for the
APL award winning project Priory Road.
There are lots of children’s play dens and equipment to choose from but finding one that neatly fits
into the overall design is a lot more challanging. For this project the only solution was to design and build a den from scratch.
Priory Road was a small garden so it was crucial to maximize all the space available.
The clients wanted to have a den that was multi-functional. It needed to be a special retreat for their
children, a place that they could camp out with friends but without compromising the overall aesthetics of the garden design. It had to work both architecturally and practically.
Priory Road was a fun project to work on and the clients were lovely. 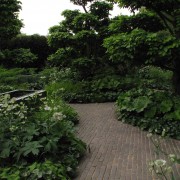 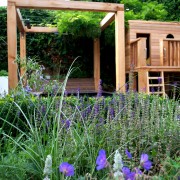 Investing in your outdoor space – can you afford not to? 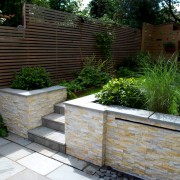 It is always lovely to get feedback from your clients about a garden that you have designed and built. 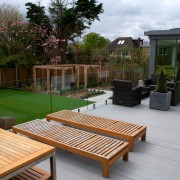 FAQ: How much will it cost to have my garden designed and built? 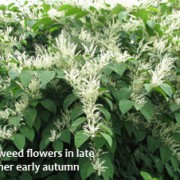 We need to talk about Knotweed. 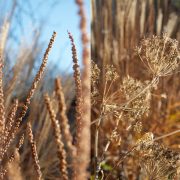 Winter Wonderland - It's not all about the flower